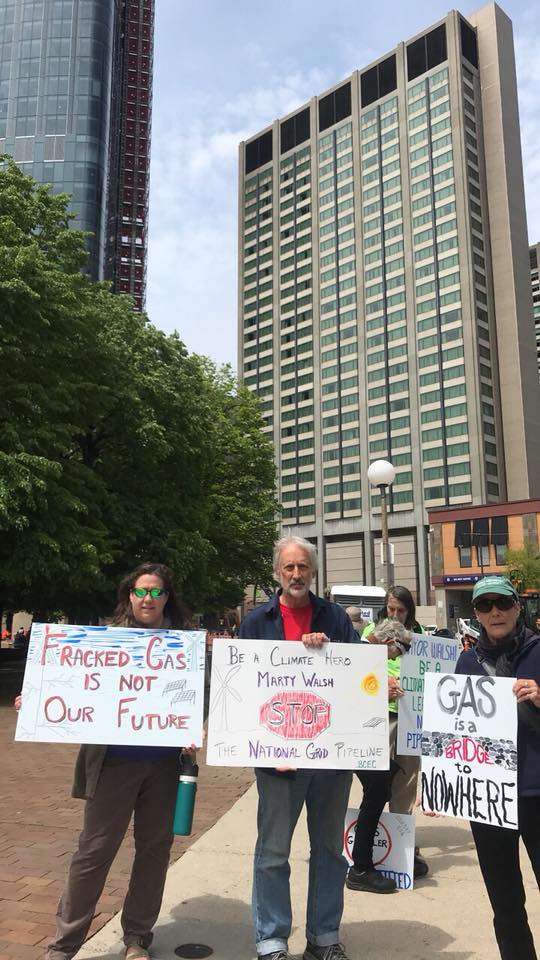 Following the JP Forum co-hosted by BCEC the previous night titled “Testimony from a Sacrifice Zone” (see below), two of the Pennsylvania activists—Brian Latkanich and son Ryan—who spoke at the forum attended the every-Wednesday vigil against the Back Bay Billionaires’ pipeline, which is under construction. Brian and Ryan joined the Bostonians fighting the creation of this additional fossil-fuel infrastructure at a time when we need to be focusing solely on renewables for our energy needs. 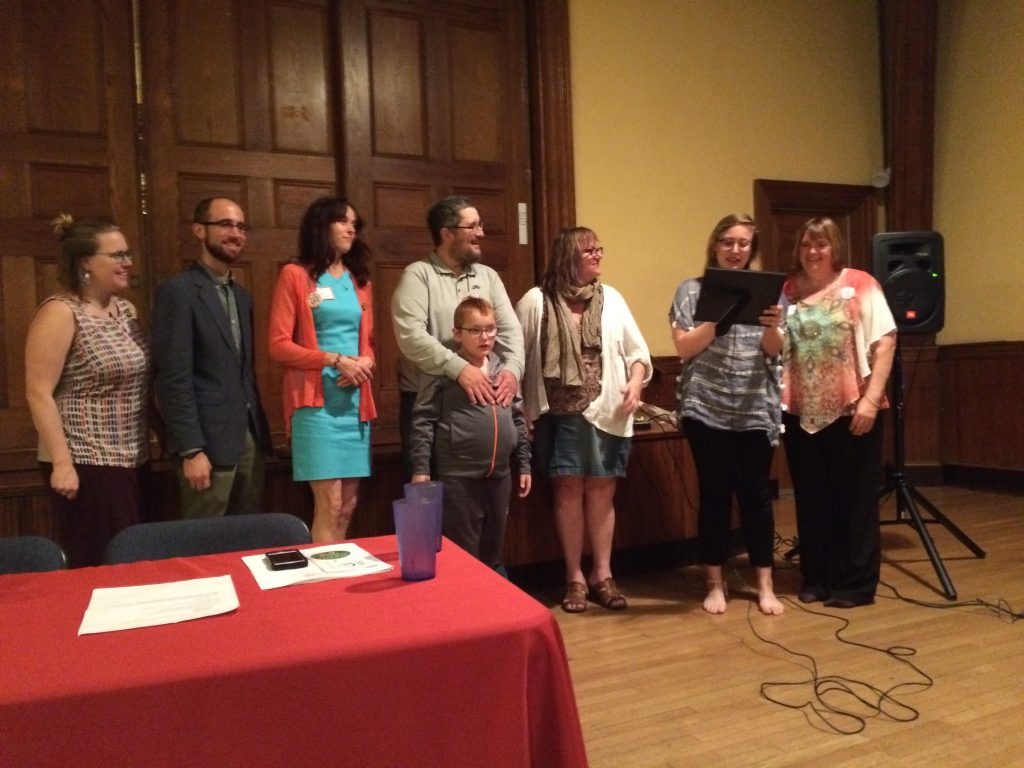 Speakers at the Testimony from a Sacrifice Zone forum, May 15, 2018

At the JP Forum—co-hosted by the Boston Clean Energy Coalition and other local environmental groups—activists Lois Bjornson, Jane Worthington, Brian Latkanich and his son Ryan shared their experiences trying to fight the fracking industry that now dominates their communities in the southwest corner of Pennsylvania, in the heart of the Marcellus Shale region.  These ordinary citizens told powerful stories of how fracking is impacting the health and well being of families, landowners, and whole communities. In essence, large swaths of the population are being poisoned, suffering a wide range of neurologic, respiratory and circulatory illnesses, and are receiving little support from local elected officials and courts when they attempt to fight back.  The testimony from the fracking fields was a powerful reminder that the gas we consume here in Boston comes at a significant cost.